“Cliff Richard” is a lovely rose with lush pink flowers that are more or less continually in flower and possessing a refreshing fragrance. It does have some blemished leaves however despite regular spraying. 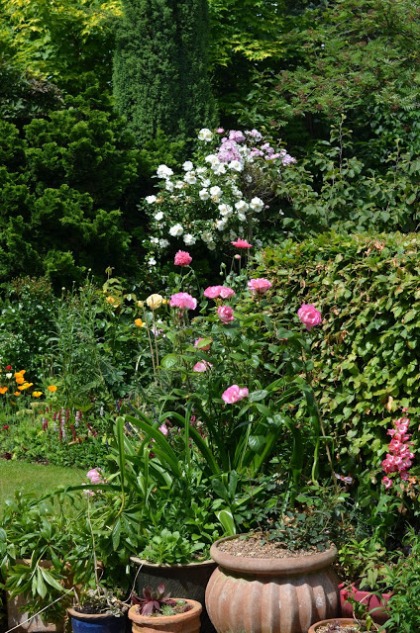 “Flower Carpet White” and its pink counterpart is smothered in flowers from early summer onward,  so much so that I use hedge shears to keep it trim. Granted, it tends to come in waves but so does the Atlantic.

Penstemons, Californians poppies and, for its sumptuous fragrance, “Nemesia Wisley Vanilla” seen at the bottom left of the picture in a pot. “Rosa For Your Eyes Only” is newly planted in the pot on the bottom right. It won the “Rose of the Year” award for 2014. 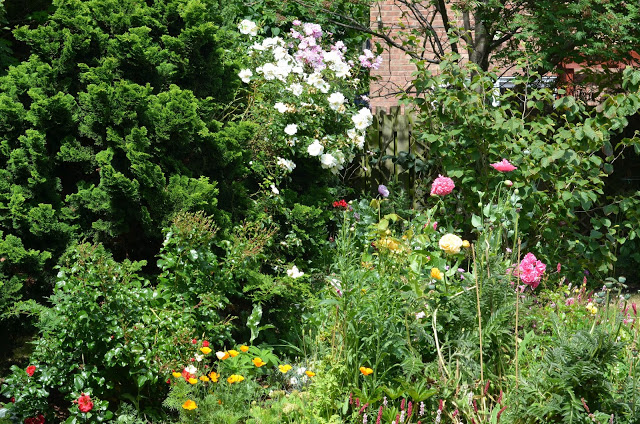 I grow quite a lot of poppies as they are cheap and cheerful. The seed heads from the giant alliums look spectacular too. 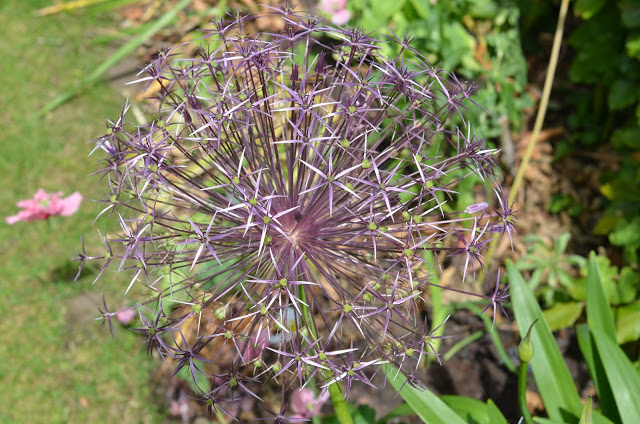