Difficult decisions today or rather yesterday – I work in arrears – as the turf was laid on our front garden, the large island bed covered up and its plants moved elsewhere. It’s always difficult for me to throw plants away. And I have the taproots of a rather lovely oriental poppy, Papaver Orientale ‘Pink Perfection’, that has been with us for a decade or so. Poppies tend to be short-lived but nobody told this version; the oriental poppies are long lived and resent disturbance. It really is an exotic bloom though it doesn’t flower for long I’m afraid. However when in bloom it is special.  Anyway I’ve retained some healthy carrot-like taproots and will give them a go in the new border. Meanwhile I was out in the drizzle using up the remainder of the turf to edge the lawns where plants had encroached onto its space. Waste not want not. Which also applies to the bulbs salvaged from the contractors’ wheelbarrow. 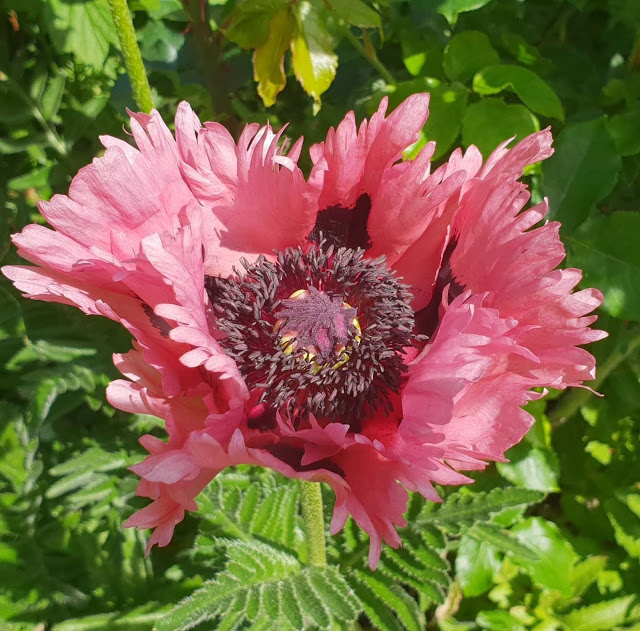